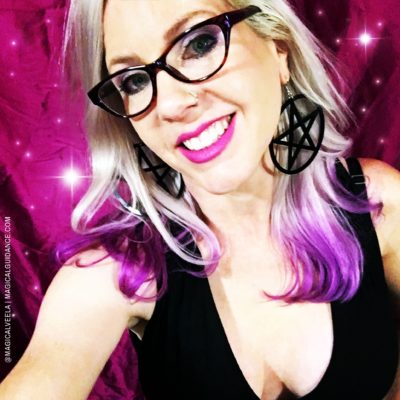 Samhain, which translates to “Summer’s End”, is the final Greater Sabbat of the Wheel of the Year.

It is a Fire Festival that is celebrated on October 31, the same night as Halloween, and falls between Mabon (the Autumn Equinox) and Yule (the Winter Solstice).

Samhain is a Gaelic word that is usually pronounced “SOW-win”. (Yes, really! Not “sam-hane”, but “SOW”—rhymes with “cow”—”win”.) It is commonly translated to mean “summer’s end”.

Samhain marks the end of the harvest and the coming of winter. For most traditional witches, it is a Fire Festival (the final of four throughout the year). To the Celts, it meant the “death” of the old year and the “birth” of the next, so Samhain is sometimes referred to as the “Witches’ New Year”.

In the Wiccan sabbat cycle, the goddess descends to the underworld (land of the dead) to be with her dying mate, the god, where she is impregnated with new life.

Though the details vary a bit, most Celts, Pagans and Wiccans believe that the invisible veil between the worlds of the living and the dead is thinnest on the night of Samhain (which was the last night of the year for the Celts). This makes it a special time for communing with the dead and venerating one’s ancestors, both physical and spiritual (such as the witches who have come before us). It is also conducive to divination and rituals or spells that invoke the ancestors or themes of darkness, death and/or “the other side”. 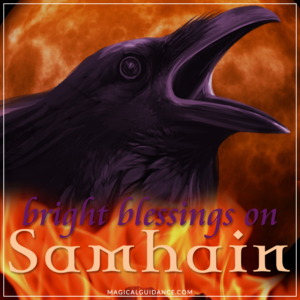 Samhain is the perfect night for a bonfire, as it is one of the four Fire Festivals. At the end of the night, light a candle from your Samhain fire and bring the flame inside your home to ceremoniously light your “hearth fire”.

If you can’t have a bonfire, light a fire in your fireplace or create a special display of candles.

Arrange an Ancestor’s Altar to honor your heritage, either physical or spiritual (or both). Have an ancestor’s feast and set places for the dead you would like to remember.

The Morrigan, the Celtic goddess of death, doom, fate, and the foretelling of death (divination), is often part of Samhain symbolism and displays. She is usually depicted as a large, black crow. Include images of The Morrigan in your Ancestor’s Altar and/or your Samhain feast decorations.

Say goodbye to the old year and hello to the new one. Let go of anything you would like to see the “death” of (such as poverty or heartbreak), by writing it on paper and burning it in your Samhain fire.

It is an excellent night for divination. Get a tarot card reading, pull a card for yourself and/or exchange readings with friends.

Samhain can be either solemn (a traditional remembrance of the dead), or festive (like a modern Halloween party). Make your celebration your own.

As always, there are no absolutes, rights or wrongs when it comes to personal spirituality. Experiment and develop your own magick practice that feels best to you.

Want to learn more about Samhain? I enjoyed these two books and you might, also: 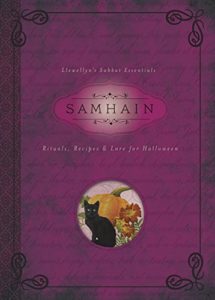 This article is © magicalguidance.com and may not be used without written permission from its author. All rights reserved.